The PCI Security Standards Council (SSC) is a global forum for the ongoing development, enhancement, storage, dissemination and implementation of security standards for account data protection.  The SSC issues guidance to companies that take bank or credit card payments and record calls.

This response is intended to provide clarification for call centres that record cardholder data in audio recordings and applies only to the storage of card validation codes and values (referred to as CAV2, CVC2, CVV2 or CID codes by the payment brands).

It is a violation of PCI DSS Requirement 3.2 to store any sensitive authentication data, including card validation codes and values, after authorisation, even if encrypted.

It is therefore prohibited to use any form of digital audio recording (using formats such as WAV, MP3, etc.) for storing CAV2, CVC2, CVV2 or CID codes after authorisation if that data can be queried; recognising that multiple tools exist that potentially could query a variety of digital recordings.

Where technology exists to prevent recording of these data elements, such technology should be enabled.

If these recordings cannot be data-mined, storage of CAV2, CVC2, CVV2 or CID codes after authorisation may be permissible as long as appropriate validation has been performed. This includes the physical and logical protections defined in PCI DSS that must still be applied to these call recording formats.

This requirement does not supersede local or regional laws that may govern the retention of audio recordings.

The call recording module in iCall Suite provides compliance with PCI DSS regulations through ‘Pause and Resume’ functionality which ensures sensitive data is not recorded.

Pause and Resume of Call Recordings

The ability to pause call recording is critical to ensure that card data is not recorded.  As soon as an agent expects to receive card information, call recording can be temporarily paused in several ways:

API automation removes the ‘human element’ from the process of stopping and starting recordings.

API commands are typically triggered when an agent opens a payment gateway or simply clicks to move to the next screen. This removes agent input from scope and decreases the likelihood of accidental capture of bank or credit card details.

The second important consideration in achieving PCI DSS compliance is security.  Tollring considers security a priority and adheres to a number of security protocols to ensure that iCall Suite can be deployed in environments where data security mission-critical: 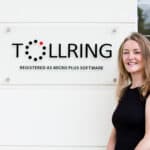 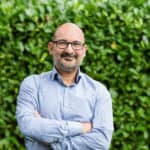 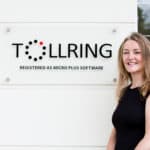 How Do You Better Recognise Team Success in a Hybrid World?